“Some people are making such thorough preparation for rainy days that they aren’t enjoying today’s sunshine.” – William Feather

Life’s a real balancing act, isn’t it?  Reminds me of that old Kenny Rogers song, about knowing when to walk away and when to run… how do we know when we have focused too much or not enough energy on preparations for the future?  How is that compatible with “be here, now”? Balance is just a tricky customer, I’ve determined. The fact is, we DON’T know, until END_OF_DOCUMENT_TOKEN_TO_BE_REPLACED 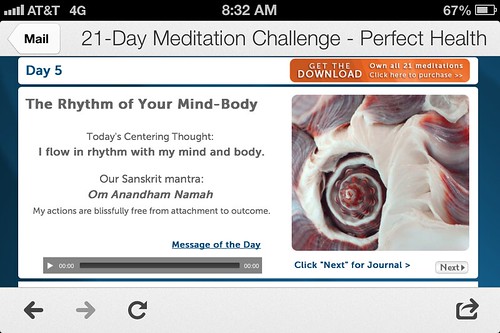 This is the convergence of a series of Memos that have been popping up, which use my love of collecting as a metaphor for… something. I have been sitting on this one for a couple of days, because the ideas are jumbled in my head but the words would not flow. It’s got to do with hunting, having, hoarding, and home.

(Gawd, I love all that alliteration. It just about lock-steps with synchronicity of occurrences, underscoring the existence and validity of incoming Memos.)

I love shopping. I love finding shells and other oddities during beach combing expeditions. The hunting theme has come up more than once in the last 2 years or so.

Hunting’s more fun than having…

a-hunting we will go

Likewise, the symbolism of shells as homes has come up before – the ability to set one aside in preparation for some other sort of accommodation. A shell can also represent something that no longer serves, that no longer represents who you are now or who you are becoming. Like the hermit crab, you can outgrow your shell, your home, your very environment.

The having/hoarding/purging theme has come up, too. I’ve been collecting shells for years, and we’ve already discussed how I have too many of them.

A random act of shelling at Bunche Beach

I’ve also collected books, building a great library of classics and esoteric stuff and children’s literature. And let’s not forget the collections of Disney watches and Disney pins and other Disney stuff.

What I have figured out is that HAVING all this stuff weighs you down. You need a place to display or store it, you have to maintain it, and a lot of times you don’t even USE it – you just HAVE it. Seems like we spend an awful lot of what’s valuable to us – time, effort, money – on just HAVING stuff. And it holds us back. It enslaves us. In order to be free, we must liberate ourselves from what’s holding us back.

I am beginning to understand that the closet no longer wishes to serve as a repository for the past.

We shed the old, and in doing so, we free ourselves to advance to the next level.

In clearing the office, we reckoned, space would be made for new work to move in.

I discovered a while back that I am much more likely to receive Memos when I have been practicing meditation on an unbroken, routine basis. I repeated a previous 21 Day Challenge as a warm-up for the latest one, which launched just last Monday. By Thursday, the 15th, the Ides of March, I had received yet another sea shell memo, which advertises my blissful non-attachment to outcomes – see the photo attached, which provides the affirmation, “My actions are blissfully free from attachment to outcome”.

Now, you have to understand that this concept is pretty much laughable to a Type A achiever from the concrete canyons of New York’s financial district. In that world, it was far more valued to be goal-oriented; we snickered at those who were process-oriented, thinking they achieved nothing. But the fact is, NOTHING is learned at the goal. It’s all learned on the way TO the goal, during the progression TOWARD the goal. However, the Memo isn’t exclusively about the outcome aspect of the goal. It’s about HOW the goal is achieved. Don’t be attached to the HOW. Don’t be attached even to a particular process or progression methodology. Just let the Universe pick the best HOW, and then keep your eyes open and your ears tuned.

You know, I pray for income, and it arrives at my doorstep in the most unexpected ways, ways that I never even considered. I thought it would come as a job. Nope. It chooses mysterious means to deliver what I need, ways that were set in motion YEARS ago, by ME – and I never guessed that these things would bring abundance to my door precisely when I needed it.

So, what have we got here?

1) Don’t be attached to your “home” (or job or whatever); be ready to cast it aside the minute it no longer serves, the very second it’s no longer what you need.
2) Prepare! Go through the process of making room for the new.
3) Learn! Make sure you’re paying attention to anything you can learn during the process, along the way to “there”, wherever “there” is.
4) Make sure you understand that the Universe may have a very different idea of “there” than you have – so, don’t be attached to any particular vision or version of “there”. State your desire, and then let go of any notions you might have about delivery, because those notions are actually limitations, and they will hold you back.

As I continue to divest myself of “stuff” – gawd, I’ve got just TONS of it! – I will try to remember the above. I’m in the process. I need to just keep working the process, keep learning what it has to teach me. The goal will come to me, not the other way around.